Berlin is expected to have to designate 0.25% of its state land for wind energy use by 2027 and 0.5 is 2032. This means that the German capital, like other city states, has to make a reduced area contribution compared to area states. 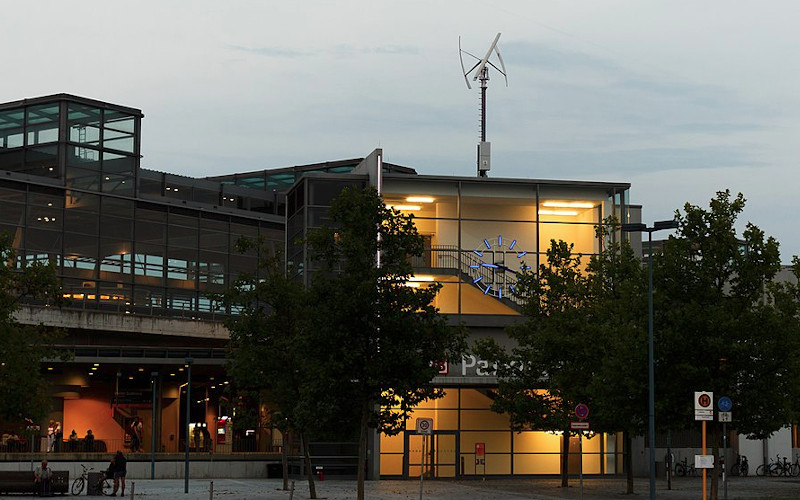 However, compared with Hamburg and Bremen, Berlin is the most densely built-up and has hardly any agricultural land, or rather a considerable amount of it is earmarked for large residential construction sites.

"The competition for land in Berlin is enormous," says Eike Richter. He is chairman of the Association of German Landscape Architects Berlin/Brandenburg. For example, he said, it is currently causing considerable difficulties to find compensation areas for the encroachment caused by residential construction projects. Even the construction of wind turbines, which are actually positive for the environment, prepare interventions in nature and landscape, for example through sealing, changes in habitats and the landscape.

You have to look very carefully at where you place the wind turbines so as not to create large compensation requirements here, too. Here, we completely agree with the Bund Naturschutz Deutschland (BUND), which promotes the use of commercial and industrial areas as locations for renewable energy plants.

BUND has estimated Berlin's demand at around 20 to 40 large wind turbines and believes it is possible to place them on state land in a way that is compatible with nature.

The choice of location is central

"The be-all and end-all remains the choice of location," says the Berlin bdla chairman. "Not only in terms of nature compatibility, but also in terms of lean procedures. It is nobody helped, if by the choice of designation areas, e.g. in forests, unnecessarily permission processes are prolonged by objections of Bürger:innen, federations and nature protection administrations."

"I consider, Eike Richter states, "the willingness in Berlin to make the urgently needed contribution to the energy supply and climate neutrality of the city is great, but one must not massively restrict other qualities for this. That also contradicts elementary environmental justice. In addition, electricity should be generated where it is needed, namely in the commercial and industrial areas. The Berlin forest is a recreational forest and eminently important for the health and quality of life of Berliners. Of course, we can also try to reach appropriate agreements with Brandenburg so that the neighboring state takes over some of the requirements. First, however, intelligent planning solutions should be found for Berlin."

For a proper and professional decision-making process, the bdla Berlin/Brandenburg recommends conducting a potential analysis to select suitable sites. For this purpose, uniform criteria for the exclusion and suitability of areas for wind energy plants should be developed in a transparent process and these should be applied in an area analysis. The suitable areas to be determined should then be subjected to a further examination process, in particular with regard to landscape and field of view analysis. The result of which will show how high the area potential really is and further strategies can be derived from it.

In addition, cities have other potentials for energy generation that can be better integrated. The roof landscape offers plenty of room for photovoltaics, ideally in combination with green roofs. On state-owned buildings alone, there is still plenty of room in Berlin's air. Micro wind turbines could also be used here, especially on taller buildings. Obstacles to approval should be removed here immediately. The implementation process would then also be much faster than with large wind turbines. The landscape architect puts it succinctly: "With a view of the sky above Berlin, planning imagination is called for.