Bremen - Position on the use of the racecourse site

Yes to a livable green city - NO to the referendum!

Bremen, 26 April 2019. The "green" clubs and associations united in the Alliance Liveable City are in favour of a sustainable green and climate-adapted residential development on the racecourse site. 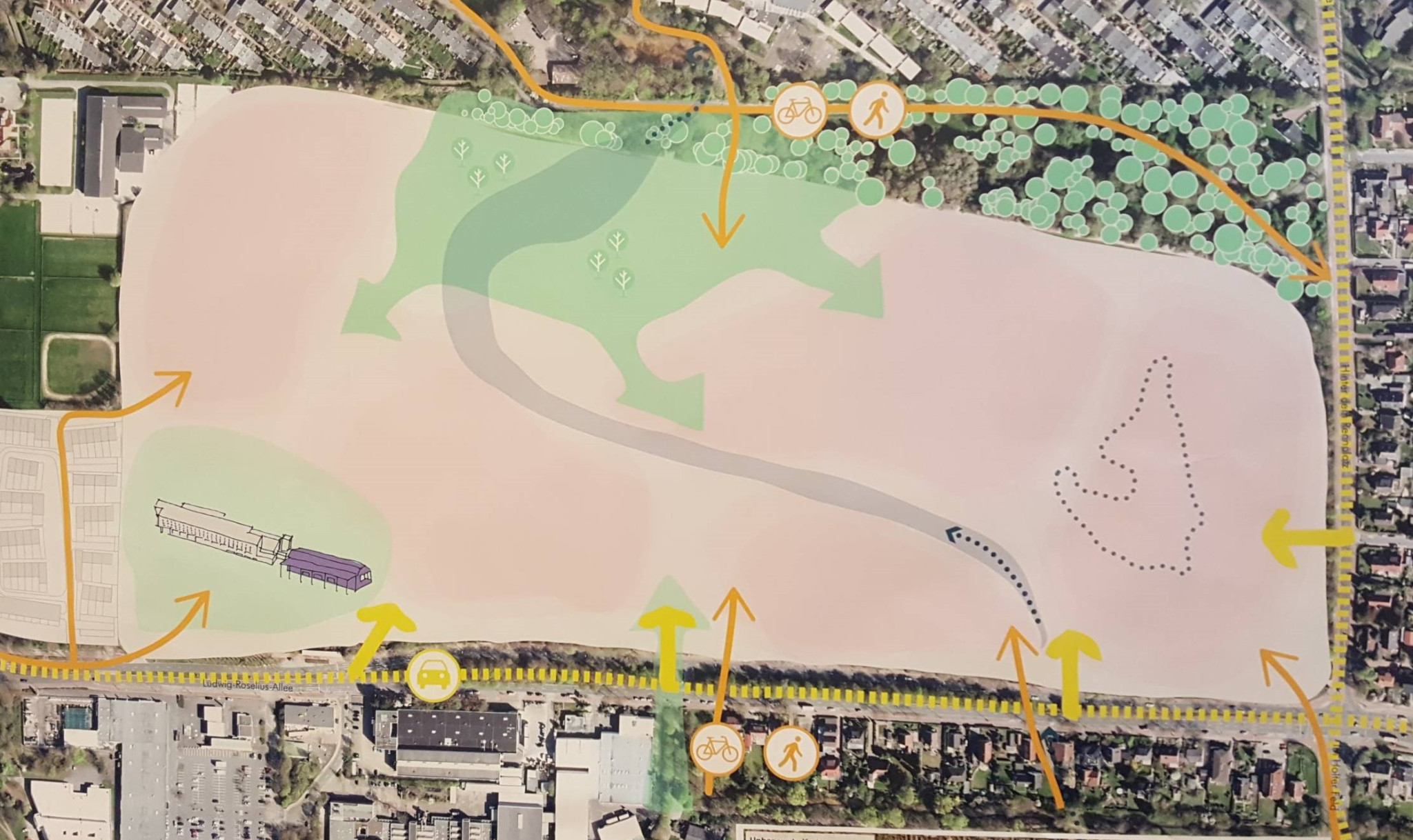 The alliance considers it reasonable and appropriate that a modern and mixed urban quarter with lots of greenery and attractive open spaces be created on the approximately 36-hectare site in Bremen's east. In its position paper presented today, the alliance calls for at least one third of the area to be developed as public green and recreational space in the event of a partial development of the racecourse. These green spaces should at the same time make possible a new green connecting axis between Hemelingen, Sebaldsbrück and Vahr.

The professional associations and clubs organised in the alliance say Yes to a liveable green city and NO to the racecourse referendum on 26 May. They say that the racecourse site offers great development prospects for the east of Bremen and the unique opportunity for a nationwide showcase project to be created in Bremen. At present there are no opportunities for local recreation on the site for most people in Bremen, as large parts of the site are not accessible to the public. The existing greenery of the racecourse and golf course is not currently of high value and is also of only minor importance for nature conservation, the Alliance for a Liveable City stated in its statement.

In the opinion of the Alliance, a referendum against the development of the racecourse site would be a decision against a liveable city and would block important development perspectives in Bremen's east in the long term - without alternatives - let alone financing options - being named that point beyond the status quo. The alliance also criticizes in particular the opposition "green instead of concrete" built up for the referendum as completely inappropriate and backward-looking. The formula "green instead of concrete" denies the discussion about the future of the city and is in contradiction to a necessary discussion about a sustainable development for Bremen.

The racecourse site must be opened up to all citizens of Bremen. In addition to a proportionate development of the racecourse site, what is needed above all is a green connection between Vahr and Hemelingen and green space that can be used in a variety of ways with numerous functions and open spaces. More investment in public green spaces is necessary and would do the entire east of Bremen good.

Neighbourhood development in the east of Bremen - If not on the racecourse, then where?

The need for housing in Bremen is indisputable. Bremen also needs affordable housing in the east. Numerous industrial jobs are located here, and many employees commute to the surrounding area. A partial development of the racecourse can counteract this and thus avoid longer commutes to work, more CO2 emissions and a correspondingly low quality of life in Hemelingen and Vahr. The city should as owner together with the districts as well as the neighbouring and future inhabitants advance a future-oriented green quarter development, so the unanimous opinion of the alliance for a livable city.

The Green Bremen Alliance says NO to the referendum on the "future use of the racecourse site" and pleads here for a lively green quarter characterised by the following qualities:

Chamber of Architects of the Free Hanseatic City of Bremen